Home > News > Presentation of her credentials by the new ambassador Isabelle (...)

Speech of Mrs Isabelle Dumont Ambassador of France to Cyprus At the occasion of the presentation of her credentials To his Excellency Mr. Nicos Anastasiades, President of the Republic of Cyprus 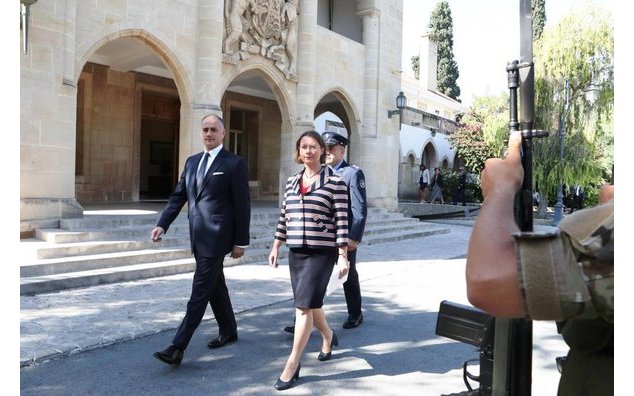 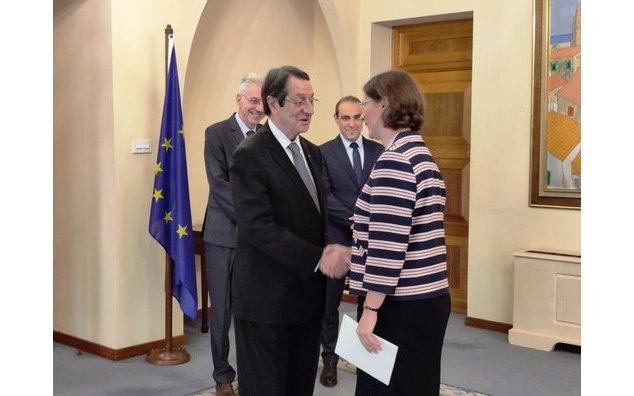 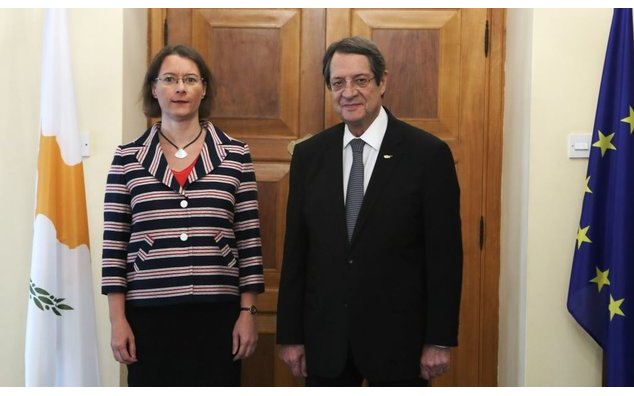 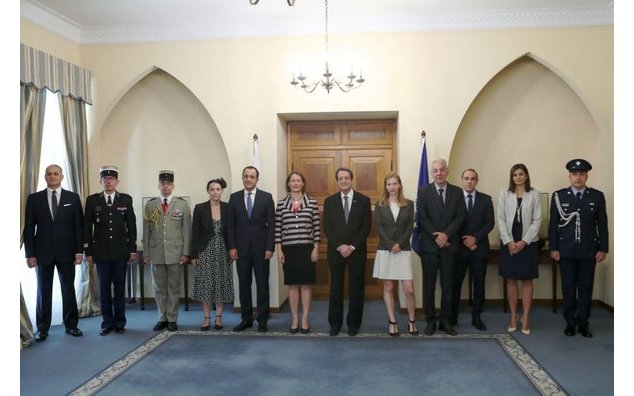 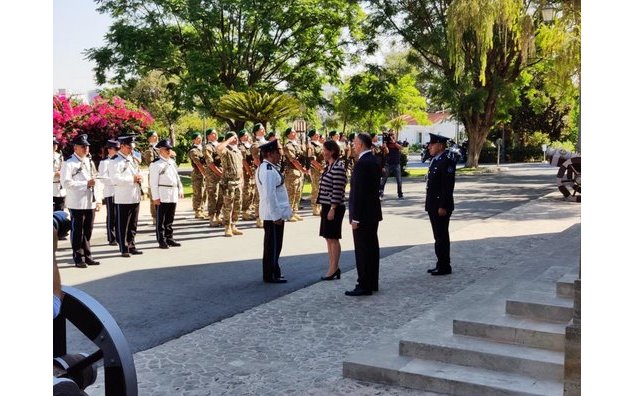 Representing France in Cyprus is for me an honor and a privilege, and I intend to serve with enthusiasm and determination to the benefit of both our countries. France is deeply attached to the very close and trustful relationship it has always had with Cyprus and that has considerably been strengthened in the last few years. I will be keen to preserve and further deepen our partnership throughout my mission. As a permanent member of the United Nations Security Council, an EU member state, and a friend of Cyprus and Cypriots, France will continue to support both the principle and the ongoing process of inter-cypriot negotiations that should lead to reunification in the framework of a bi-zonal and bi-communal federation, according to the parameters set by relevant Security Council resolutions. France welcomes the progress already accomplished and wishes a full success for to efforts aimed at fostering the political will required to build a future where the island would no longer be divided.

As our countries drew closer in the past few years, a common vision of the main regional and global challenges has emerged. On the basis of this shared vision we have developed concrete cooperation initiatives in all areas: defense and security, energy, culture, economy. I am looking a further strengthening this cooperation. In the area of defense, a strategic tie has been formed between our two countries and our cooperation is now expanding at an unprecedented pace. Such cooperation lies in the framework of a defense agreement signed in 2017 and is further emphasized by a roadmap adopted by the ministries of defense of our two countries in 2019. It materializes by frequent exchanges and bilateral exercises, especially at sea, and is poised to further expand and densify, including in other domains. France knows it can always count on the concrete support of the Republic of Cyprus in its defense activities: through the efforts made to welcome our navy ships during their port calls in the best possible conditions, in particular with regards to the carrier strike group formed around aircraft carrier Charles-de-Gaulle, or when it comes to the stops made by our military aircrafts. France is deeply thankful to the Republic of Cyprus for its precious help, which contributes to our efforts to the benefit of security in the Eastern Mediterranean. As the construction of European defense is seeing new developments, the Republic of Cyprus plays a very important role in support of France to make this critical project a reality, a project that contributes to the emergence of a sovereign Europe. The broader security cooperation between our two countries is also on the rise, especially in fields such as the fight against illegal immigration, maritime safety or civil defense.

France is attached to the respect of maritime international law, in particular in the Eastern Mediterranean, which should not be an area for competition but cooperation. The President of the French Republic made it clear during the MED 7 summit of June 15th 2019, especially by reaffirming Cyprus’s sovereign rights over its Exclusive Economic Zone. He also expressed the support and solidarity of France to your country on that matter.

Our economic and commercial relationship also offers new opportunities for partnership and I wish it could be further developed during my stay in Cyprus. Our economic presence increased significantly over the recent period. The new dynamic in that respect saw investments by major French companies such as Total, Accord or the CNP.

We also owe the friendship between our two countries to our joint membership of the francophone family. France has supported the will of the Republic of Cyprus to join the International Organization of Francophony as an associate member. There is no better way to share than to share a language, a language that is allowing us to exchange ideas and strengthen our ties. The French authorities are very appreciative of the fact that the learning of the French language remains mandatory in the Cypriot education system and welcome the success of the French-Cypriot school in Nicosia. Opened back in September 2012 it is a symbol of the excellence of our bilateral cooperation. The school welcomes this year 300 pupils, a majority of them Cypriots. The same goes for our long lasting joint projects in the field of archeology. They are the cornerstone of our cultural cooperation and stand as a model of bilateral partnership.

During the last few years high level our bilateral contacts have become more frequent. There were numerous visits at the level of presidents, ministers of foreign affairs and ministers of defense between our two countries. Those contacts demonstrate our proximity and the friendship that we feel for each other. To conclude, Mr. President, please allow me to express to you, your Excellency, to your government and to the Cypriot people warm wishes of friendship and prosperity on behalf of the President of the French Republic.