Home > News > Join the citizen consultation on Europe in 12 questions

Join the citizen consultation on Europe in 12 questions [el] [fr]

France is committed to refound Europe and has strong ambition for the European Union: a reinvented sovereignty, a consolidated unity around our values, a living democracy.

We must refound Europe. Starting by looking without taboos what it has become and debate without prejudice on what it should be.

It is in this spirit that President Emmanuel Macron has proposed to all Member States to launch citizens’ consultations at EU level. With one objective: to finally give the floor to those for whom Europe is made.

From now on and until the end of October, throughout the European Union, citizen consultations are taking place for Europe. They are addressed to all audiences, to debate Europe, to say what we expect, what we hope, what we regret, what we propose.

In this perspective the Europe Day was an opportunity for the European Commission to launch the first pan-European online citizen consultation, which complements the physical meetings organized in the 27 Member States concerned. 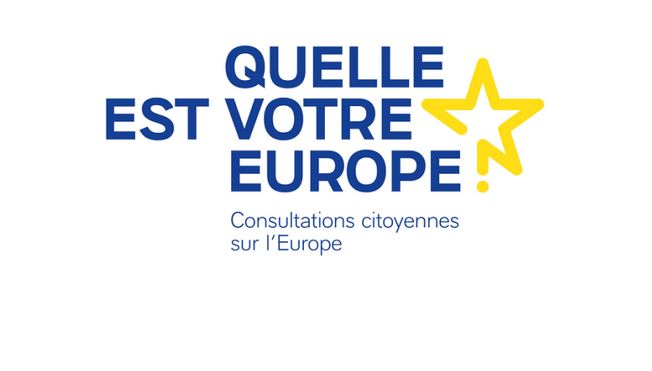 The European Commission has opened a consultation available in 24 languages, calling on 450 million Europeans to answer a questionnaire set out by a citizen panel in all languages, including French. The questionnaire can be found on Europa website: https://ec.europa.eu/commission/consultation-future-europe_fr

The questions were set out by a panel of European citizens hosted at the European Economic and Social Committee, home of the organized civil society representation in Europe. Two days of deliberation and participatory events were the first experience of transnational and multilingual citizen deliberation that is to be welcomed.

The whole process will be interrupted at the end of October, so as not to interfere with the campaign for the European elections. Then comes the restitution of the result of the consultations, on which the European leaders will rely to draw the contours of a new European Union. So tell us what is your Europe, so that the Europe of tomorrow has a new face: yours.