Home > News > Message of the ambassador upon her departure from Cyprus 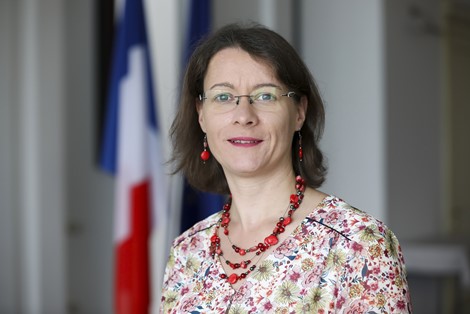 I am leaving my function of ambassador of France to Cyprus to join the Elysée’s diplomatic office. This will be a major challenge for me and I am honored to have been chosen for that new duty. But of course it is heartbreaking to be leaving Cyprus so soon, especially as, with my teams and the Cypriot authorities, we had numerous project in preparation for the months to come so as to strengthen and diversify our bilateral relationship in the wake of president Anastasiades’ visit to Paris at the end of July. Yet, I have no doubt that these projects will be carried out.

I know the surprise the news of my departure might have created and I can imagine your interrogations, which are legitimate. But I know as well that you will understand my commitment: being always ready to serve our country where our highest authorities call me to, whether it be in Cyprus for the past year or, soon, in Paris next to the President of the Republic.

My departure doesn’t mean, of course, that our diplomatic work in Cyprus will stop, nor the support that this Embassy is giving to the French community. Nobody is irreplaceable and my teams will remain mobilized and at your entire disposal as we are facing a number of challenges stemming from the regional situation or the global pandemic. During the upcoming weeks and while we are waiting for my successor to be designated, Audrey Pion will ensure the interim as Chargé d’affaires. I have full confidence in her to be holding the helm as well as I did.

I know that many of you are now wondering when my successor will arrive. She or he has not been designated yet but I am expressing the wish that a new ambassador will arrive as soon as possible to bring even further our bilateral relationship. I am humbly hoping that the work that has been done during the past year will offer him a solid base to carry out his action and I am already wishing him the best of luck.

Finally, I would like to thank all those, French, Greek Cypriots, Turkish Cypriots, members of the diplomatic community, who welcomed me with such goodwill and energy. My stay in Cyprus has been short but extremely dense. This professional and human experience gave me the certitude that diplomacy can and must build bridges between people and societies to bring them closer. It also gave me the determination to lend a hand to the construction of a reunified Cyprus.