93 year old Cyprus resident and World War Two British war veteran, Mr Denis Edward SCOTT has been awarded the highest French order of merit, the Chevalier de la Legion d’honneur (Knight of the Legion of Honour) on 24 September for his role in the Normandy landings in World War Two. 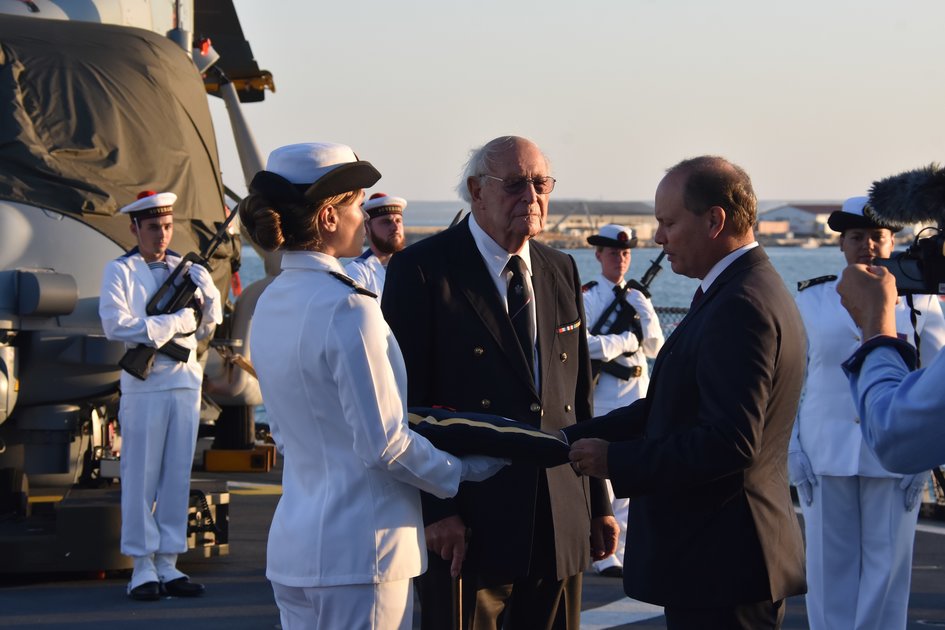 Mr Scott, a resident of Limassol, received the decoration in the presence of the Ambassador of France to the Republic of Cyprus Rene Troccaz and Deputy British High Commissioner to the Republic, Ian Whitting in a ceremony on board the French frigate AUVERGNE in Limassol. 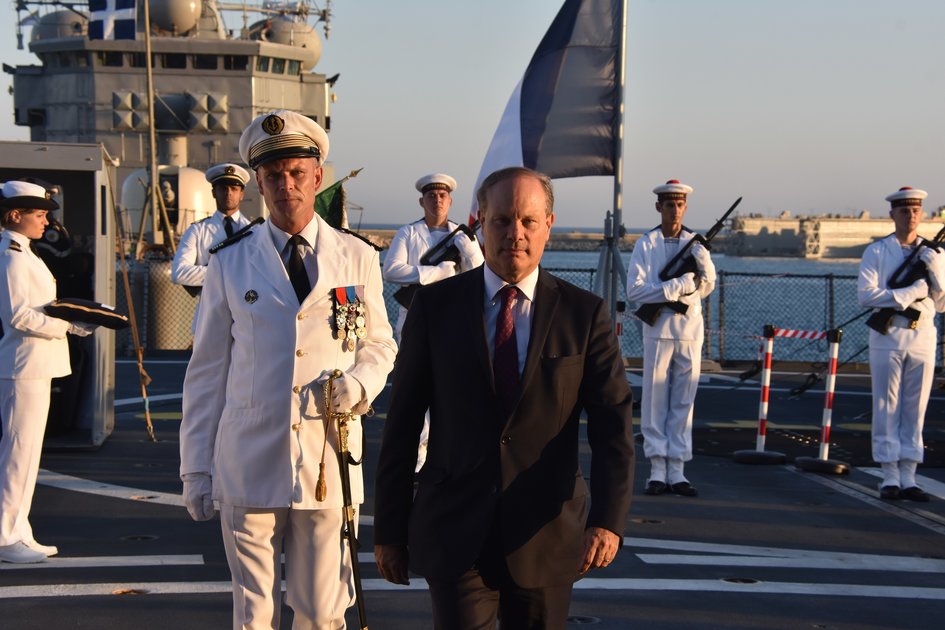 Born in London in 1925, Mr Scott was a signalman in the 74th Field Regiment of the Royal Artillery. He landed on Gold Beach in Arromanches in 1944 and saw action at Bayeux, in Bocages and at the Falaise Gap. He then continued through Belgium and Holland before being injured in the Battle for Arnhem, subsequently spending 4 months in hospital in Rouen. He has lived in Cyprus for the last 23 years. 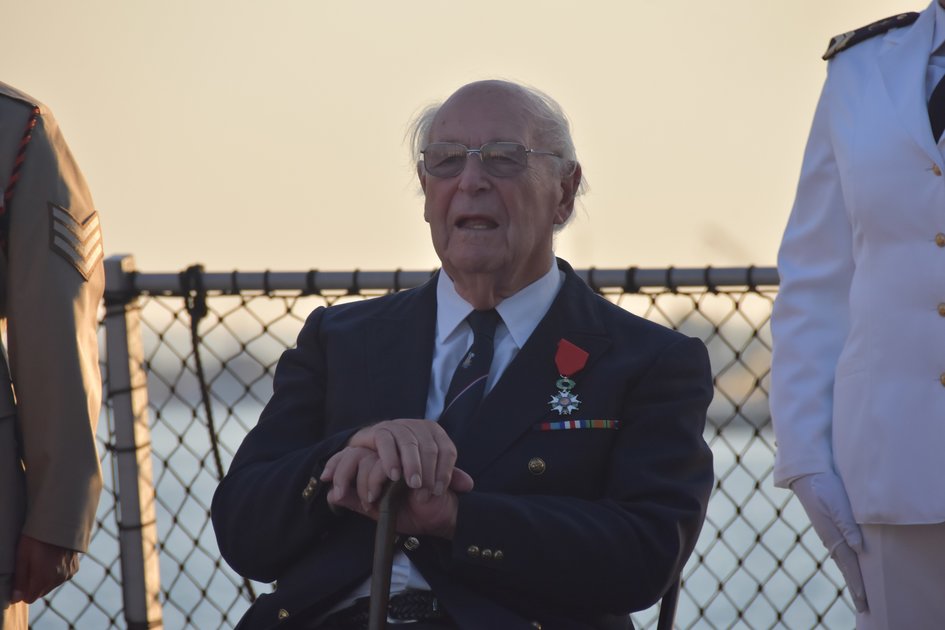 Speaking on the occasion, Mr. Scott said: “I am greatly honoured - and a little overwhelmed – to receive this award. I would like to extend my sincere thanks to the French government for laying on such a lavish ceremony for me. And I would like to pay tribute to all those involved in the Normandy landings who made the ultimate sacrifice for peace in Europe”

The Legion d’honneur was established in 1802 to award excellent civil or military conduct. According to French law, the decoration can be awarded to veterans who served in either World War One on French soil, or during the 1944 campaigns to liberate France, provided they were still living when the honour was approved. On the 70th anniversary of D-Day in June 2014, the French President pledged to honour all British veterans who had served to liberate France during the Second World War.